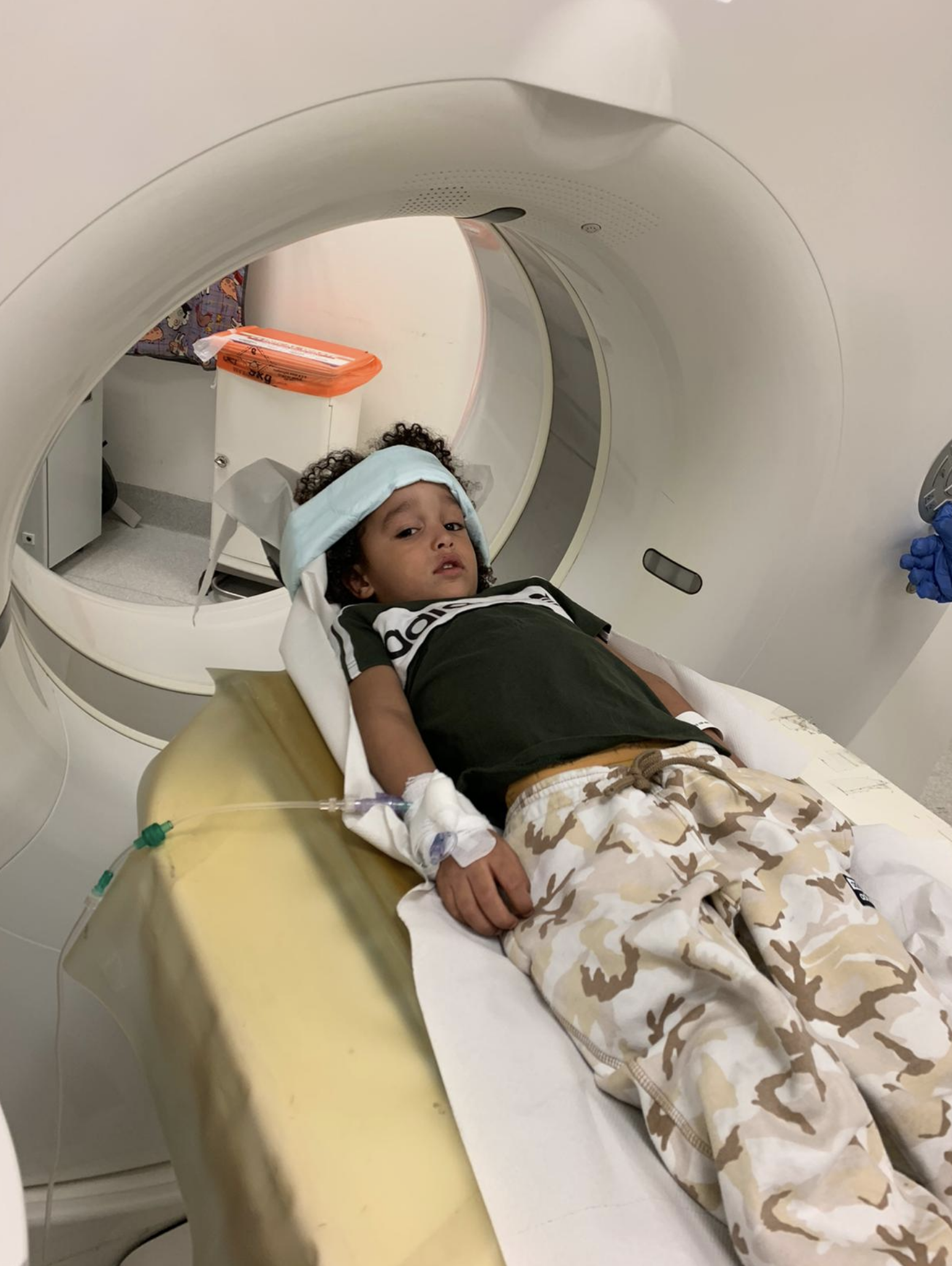 This post is completely un-photo related. Its not everyday you witness your child having a seizure for the first time.

This morning at 5am I was woken to my beautiful boy (I didn’t know immediately) having his first seizure.

He was making the strangest noise. Tongue clicking, lip smacking. Breaths being pulled in and out like he was being choked. He just couldn’t catch a breath.
His pillow was soaked as I sat him up and saw his beautiful face out of control. His left side of his mouth was jerking out of control and he stared vacantly.

I called him, ‘baby, it’s ok, wake up!’ I patted his back worried he was choking. But he didn’t stop with that. I gave it 10 more seconds or so and he stopped. I was sat in shock. So much so that I wish I had done more. But, shoulda, woulda, coulda… right? He laid back down and fell asleep. I was in such a daze that I held him tight and fell asleep with him.

Around an hour and 15 minutes later, at 6:16am I woke to him having another. It was so scary. Again the same thing, the dribble, lips smacking, breaths hard to catch, lips jerking uncontrollably.

I recorded the sound of the second seizure, I didn’t have time to reach for the light. Thankfully you can hear on the recording just what an ordeal he was having, so I could show a Dr.

I didn’t know what to do so I rang my husband who was just 15 minutes from home. I kept Marny awake, it was almost our normal wake up time anyway so he was fine to. He was dazed as he woke, and lips had a couple jerks but otherwise after a few minutes he was completely back to my tired yet wide eyed baby.

I told my husband who thought I meant he had had night terrors, but it wasn’t. It was nothing like it.

I spoke to a friend as I was still shocked and she said to ring 111. I knew it would have a long wait due to the tons of Coronavirus calls, however I had to try. I was on hold for ages, and just when it went quiet and you think someones going to answer… ‘CALL FAILED’. Imagine my disappointment. I called back and was on hold for over an hour when I decided it was faster to call my Drs.
Knowing I wouldn’t be able to been seen by the GP, I took my chances and they offered a call back from the Dr. We received this after about 2 hours. I took the boys to school in this time and the teachers let Marny in to say goodbye to his friends. After all, it’s their last day for who knows how long.

Dressed as Peter Pan, he went in, said his goodbyes and I stood feeling so sad he would miss the last day of fun.

Speaking to the Dr, I was told to gp straight to hospital, that his seizures were worrying.

Yep, you can imagine my head spun. I knew it but I was so glad to be reassured that I wasn’t crazy.

Now before you judge me and believe you would have acted a million times better than I did in this situation, please know that I am just a Mum and one who had no idea what was going on. He woke up and was his normal self. I did what I did. My anxiety has me on edge enough already.

We arrived at the hospital. A&E was empty apart from 1 woman in front of us. It was incredible. A surreal experience if you have been as many times as I have over the years. 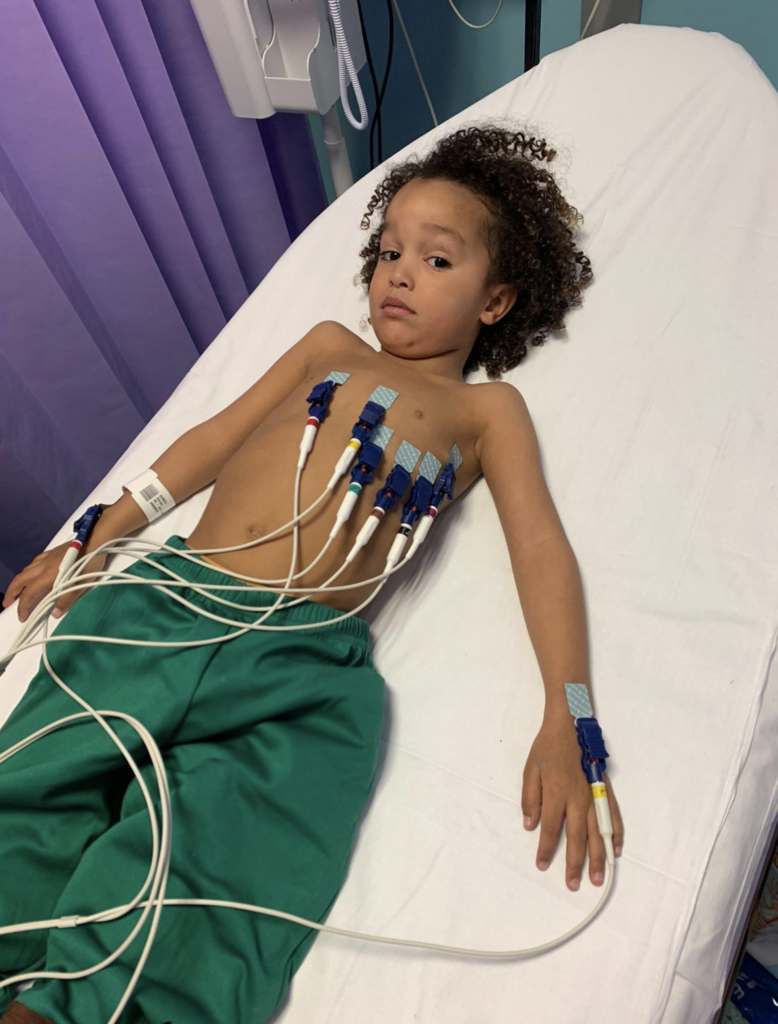 We were triaged straight away and sent over to Children’s A&E where we didn’t even have to wait! Straight in for tests in their triage and into a bed. Bed number 4, as Marny showed me.

He was so scared at first, he was crying and I had to carry him in as the nurse took his scooter. He didn’t know that the Drs and nurses are so kind!

Settled in we began his tests. Cannula in without a single hitch! He didn’t even flinch, you guys. Proud Mum right here. Next was his Urine test, zero problem. Sorted no trouble.

This 4 year old was the bravest. 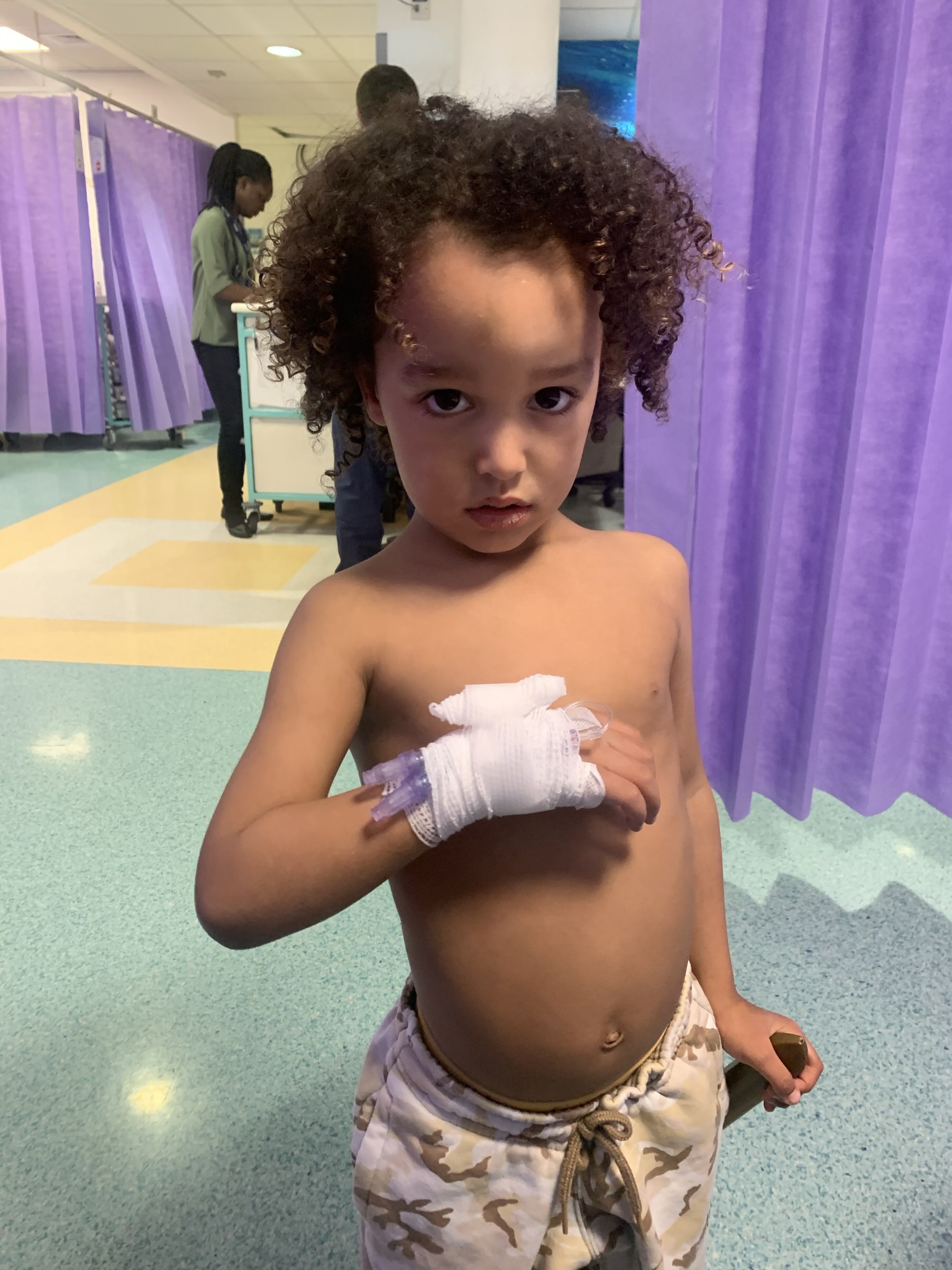 Within a few hours in the bed, we were seen by 4 maybe 5 Drs. They were so kind to my boy, I’m so thankful. He was kept calm and so comfortable.

I was worried, they told me they were worried the fact that he had no signs of being unwell, no fever, nothing leading up to these two seizures.

Another couple of hours went by and we were sent to CT for his brain scan. Yep, he bossed it! Laid down, and was amazing! 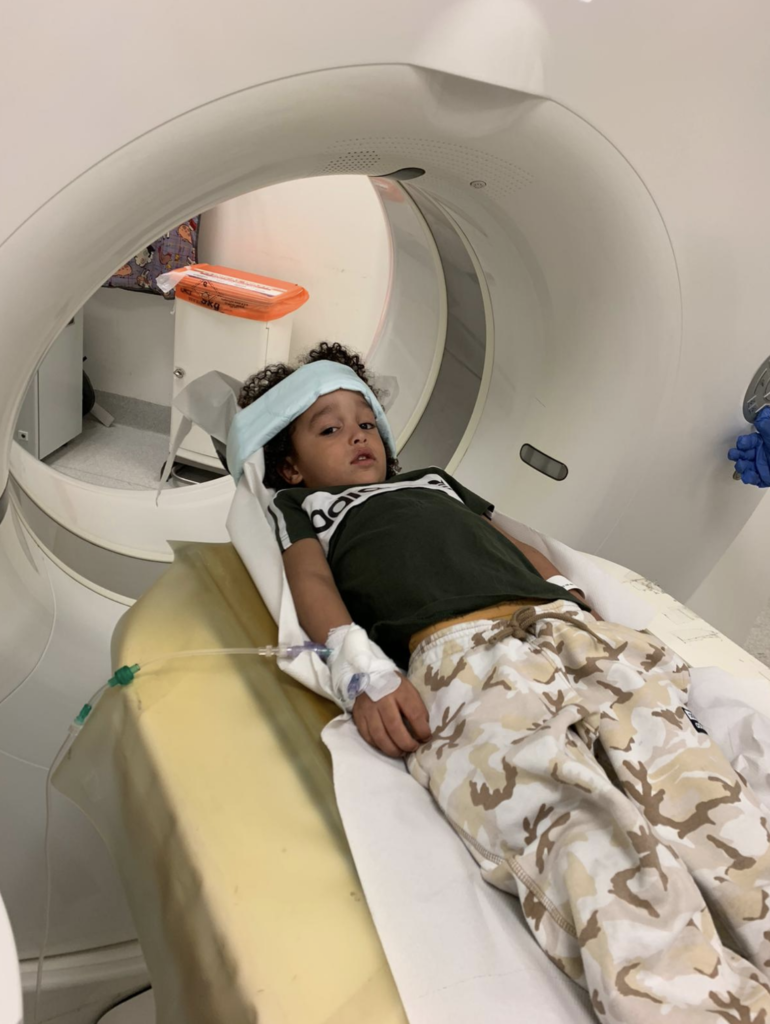 You can imagine this Mama  hiding every single feeling this entire time. Apart from the hidden tears minutes after the second seizure as I explained it to my husband, I held it together. Marny had no idea I had a single worry (I had lots!).

Time flew by and we had been there 6 hours when one of the lovely Drs came over and explained that they believe he has epilepsy…. ‘Urrrrm. huh? Epilepsy? Where the, what the?’

His CT scan showed no masses, no tumours, I felt so pleased! You know its a huge worry, you automatically think the worst. It’s nature! Still, why seizure after seizure?

At most 7 hours, we were just about ready to go home. He had done me so proud all day. The Drs and Nurses all fell in love with him and his adorable little ways, his cheekiness and his offers to share his sandwich.

I was told how to cope with his next seizure, if he has one and what not to do. Education is everything and every day is a school day, even when they’re closed 😉

Now we wait for his EEG test. This will show more in depth what is happening with his brain, and I am eager to know. Whatever happens, I’m not leaving his side. The shock has mostly gone, and my head is more clear.

I’ve posted all day on my social media about this, which I know some will believe I shouldn’t but I believe I should. I will continue to do so. It could help another parent to know what to do in this situation. I had no idea. Plus, please remember the state of the world right now, the virus has thrown everything in the air. 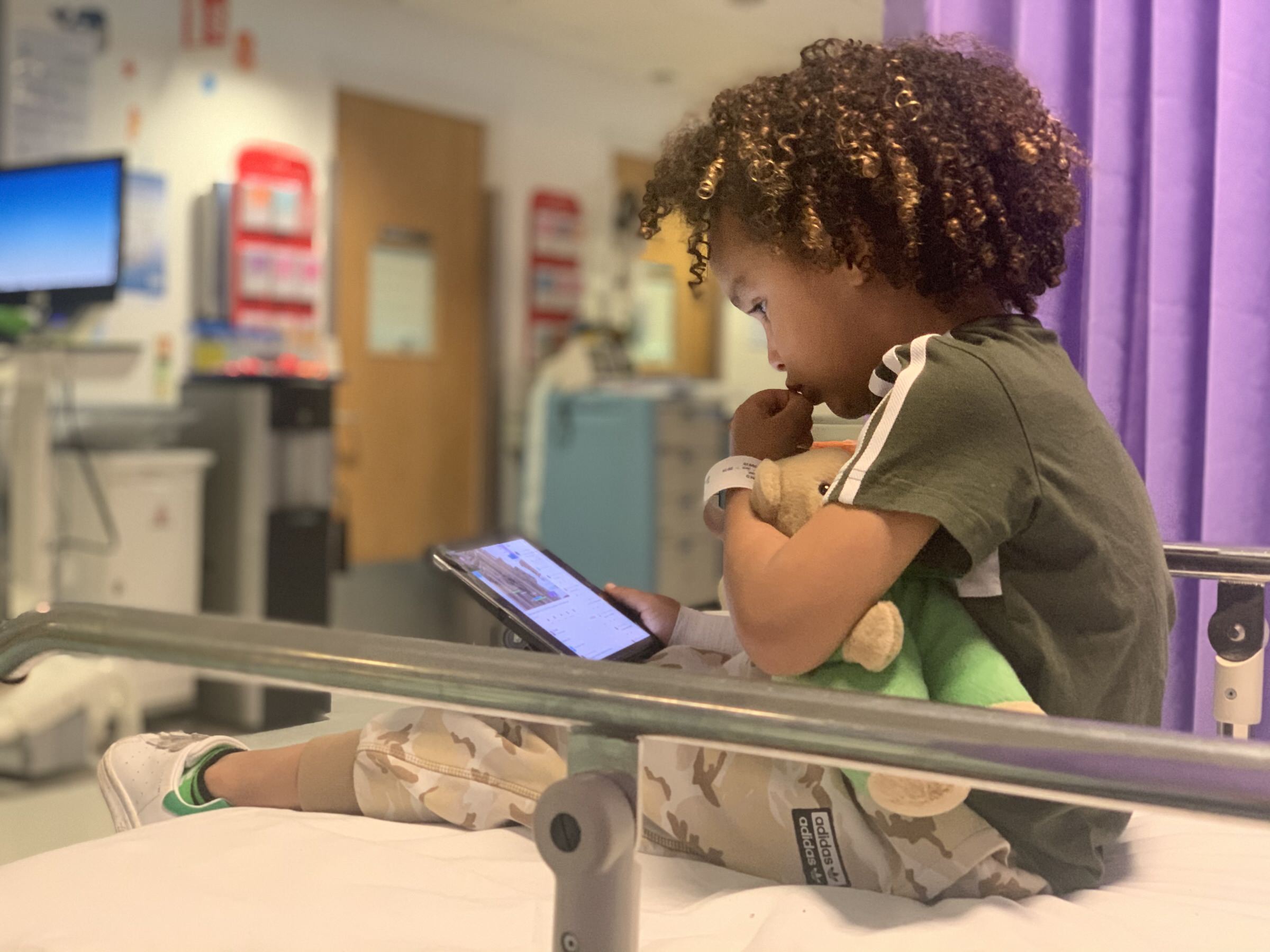 If you stayed for the entire thread, thank you. I appreciate you.

Please keep your fingers crossed for my boy. He deserves the world. 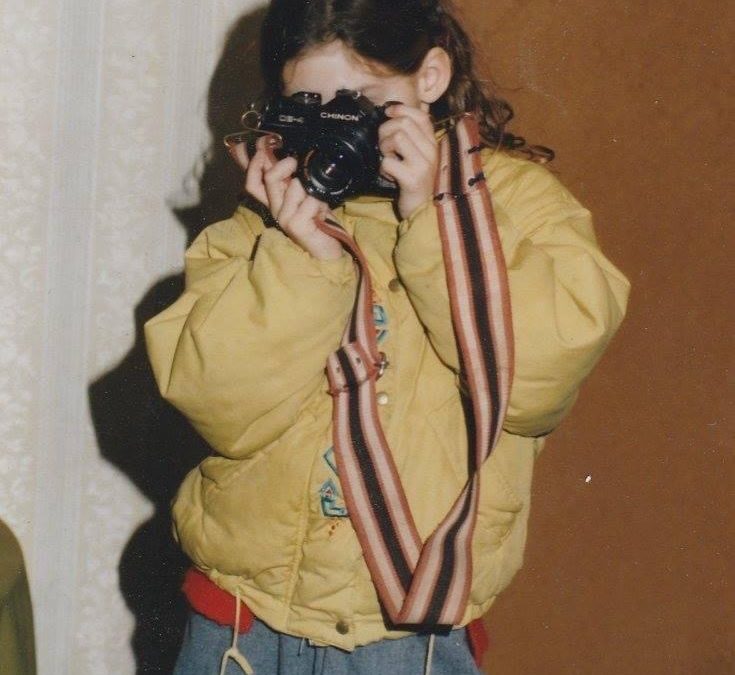 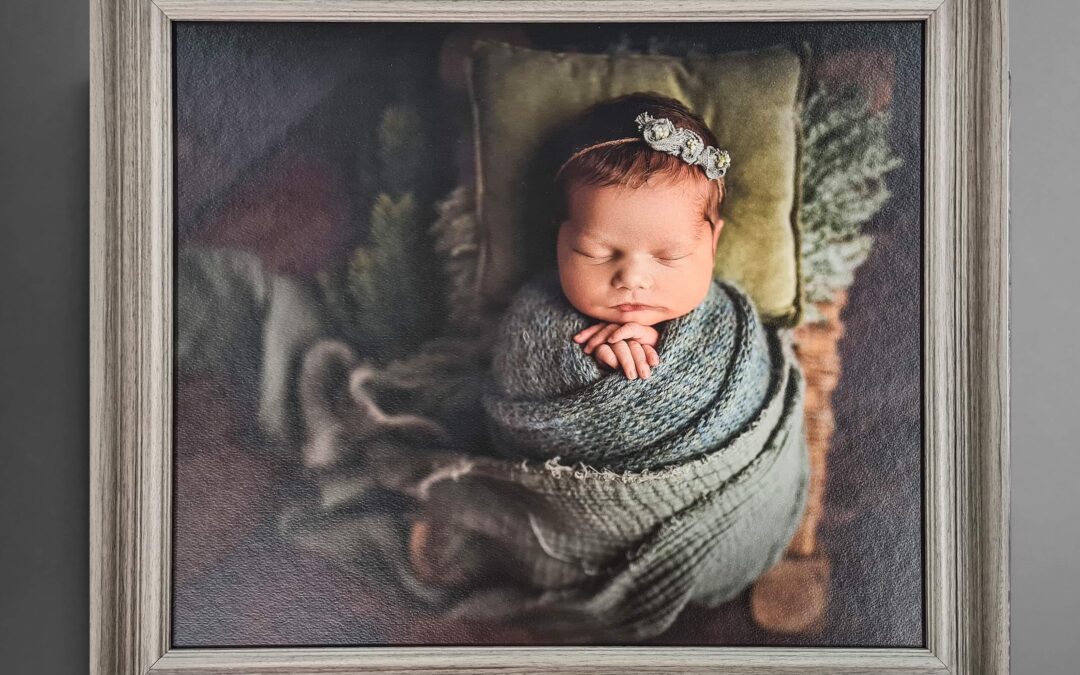 What goes into making your wall art?

Whether you choose a framed canvas for your wall art, acrylic or something else, know that so much love goes into every single piece. It all begins with your colour and frame choice. The frames are then hand crafted to perfection. They’re then created from scratch....

Not my normal post, but a nice one. I’ve not c

It’s quite nice looking back on older images.

Keeping busy in lockdown 3.0 What are you up to?

It’s not how I thought I’d spend the day but.. 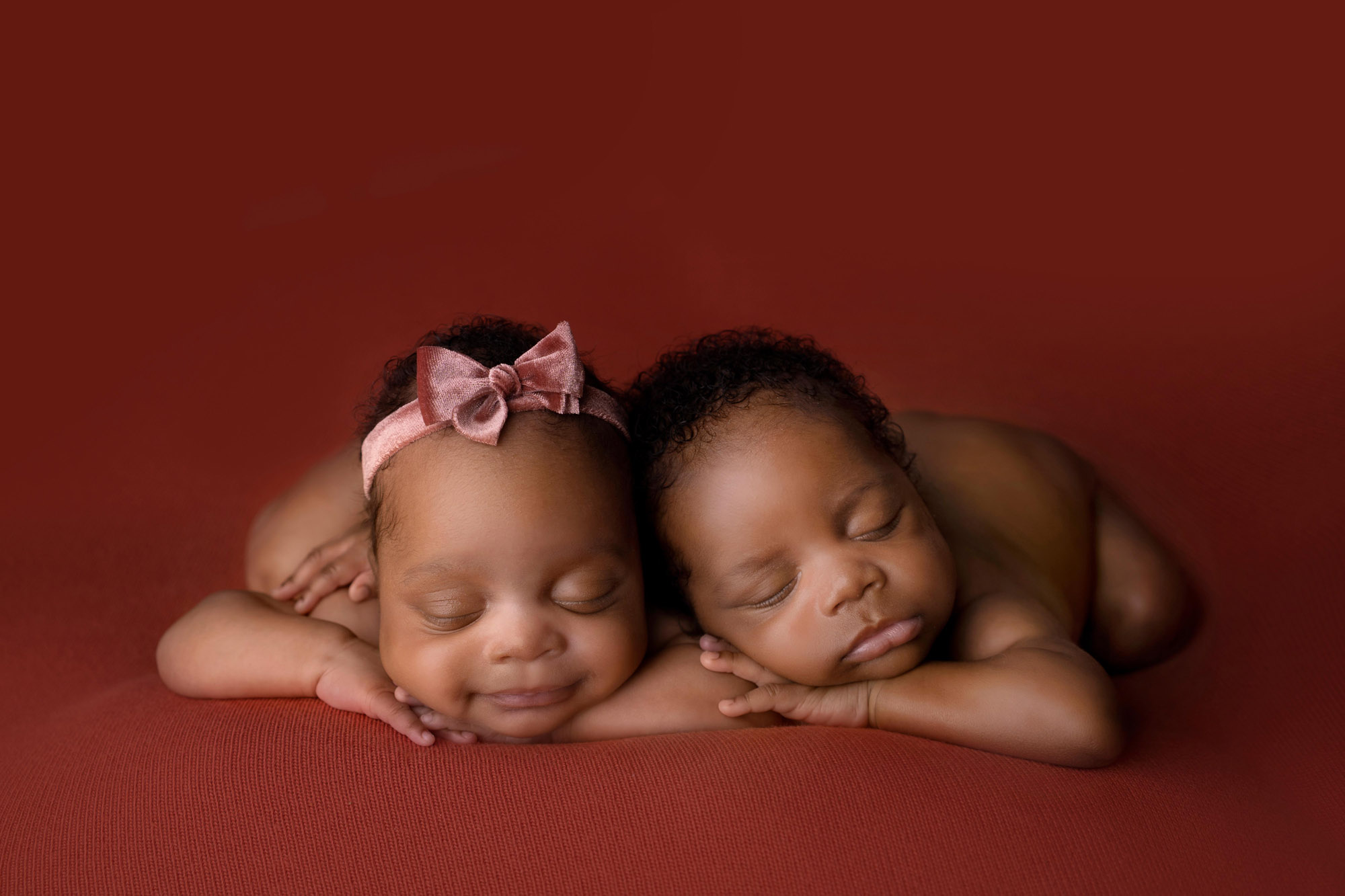